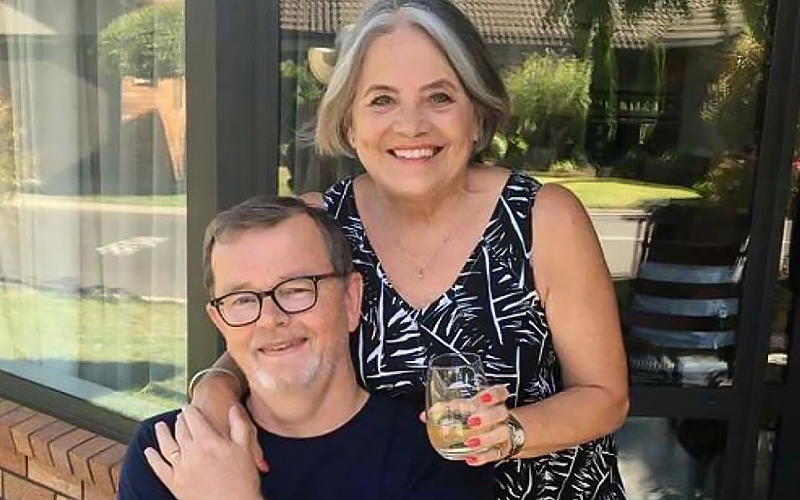 Anja and Chris Prigg looked at nearly 30 retirement options across New Zealand and Australia before deciding to move to Omokoroa Country Estate in January 2022.

“We just love the surroundings here and the mixture of people who have varied and interesting backgrounds,” Chris explains.

The couple themselves have fascinating backgrounds and have been warmly welcomed into our Village community. Anja was born in Sumatra before returning to her family’s homeland in the Netherlands. Shortly after the family moved to Italy where Anja spent her formative years. Her sophisticated accent is a unique blend of Dutch and Italian, while she also speaks German, French, English and a little Bahasa Indonesia – a result of all the places she has lived during her 72 years.

She met Chris when she moved to New Zealand in 1977. “I ended up working for a quantity surveying company and Chris was working there. It was an office romance,” Anja explains.

After they married in 1980, the Priggs spent a year in the Netherlands before deciding Chris should do some work experience in Australia. “We ended up in Canberra,” Chris says. “I did construction economics and quantity surveying and I worked on Parliament House while it was being built.”

They returned to New Zealand in the mid-1980s with their two young daughters, Robine and Marinka, and spent most of their married life in Auckland. Chris rode the highs and lows of the construction industry and in 2016 he was offered a job teaching quantity surveying at Toi Ohomai (formerly the Bay of Plenty Polytechnic).

“I’m trying to retire but at the moment I still teach on the National Diploma in Quantity Surveying three days a week. I’m planning to fully retire at the end of this year,” he says.

The couple have lived in Omokoroa for the past six years – funnily enough, just around the corner from OCE. Anja says she would often walk past and admire the homes and gardens, not realising it was a retirement village at first. The couple spent two years investigating retirement options after they grew tired of the cost and time involved in maintaining their own home, and finally settled on OCE.

“We were really welcomed in a very big way. People have been so generous and our social circle has certainly expanded. It’s been incredible,” Anja says.

The couple are enjoying their lovely home, going to happy hour on Friday afternoons and Anja often goes to morning tea on a Wednesday. “I’ve joined the Garden Club,” she says. “I like it and it brings lovely contact with people. I love white and green and own a lot of indoor plants. That’s very Dutch. We were trendy before indoor plants became trendy!”

Anja also enjoys painting and is looking forward to getting back into that hobby – especially seeing the art room is situated right next door.

Chris, goes to the Village gym several mornings a week before heading off to work in Tauranga. “I haven’t actually used the pool yet, but that’s on my to do list. I’m a bit restricted because I’m still working but once I retire mentally and physically I’ll enjoy a lot more of the facilities here.”

Don’t miss out on the latest news – register!